Are you planning on setting up your very own home aquarium? Or are you urgently in need of some fish food?

If the answer is yes to either of these, your first stop should be your local aquarium shop. These businesses will stock everything you need to keep your fishes happy and healthy in the best environment possible.

In this article, we are going to try to answer your questions on “how can I find the best aquarium near me?” The guide will cover what they have on sale, finding one and visiting one.

Read moreHow Can I Find the Best Aquarium Shops Near Me?

Of all the best betta tank aquariums I tested, there are some that stand out from the crowd. Recommending good fish tanks to people who’ve never had one before takes times. There are many factors to consider and features to look forward to.

Knowing why you need a betta tank is thousands of times better than buying right off the hook. That’s why you need this betta tank buying guide to know what to get quickly.

Having said that, I have hand-picked some of my favorite choices to the point of total obsession. They’re spacious, productive, and very durable.

The reason why betta fish tanks are unique is that betta fish like to be kept alone. They do not communicate well with other fish roommates when kept in the same fish tank. That’s why it’s important to keep a separate fish tank for your betta fish.

Goldfish are the most iconic species of pet fish. These cute and beautiful critters are more delicate and sensitive than many owners think. To keep them healthy and swimming, you will want to feed your pet the best goldfish food products.

After we look at the top three products, I will discuss goldfish and their nutritional needs.

Read moreWhat Are the Best Goldfish Food Products on the Market in 2019?

This is where I come into the picture. In my article, I have discussed the factors to take into consideration for selecting the living species that help in keeping the tank clean for you. These sea animals eliminate unwanted inhabitants present on the substrate, decorations, glass, and plants of the aquarium.

No matter how clean or small your aquarium is; algae growth is inevitable. And you might have to bring home some algae eaters to keep the mess under control.

Read moreHow To Choose The Best Algae Eaters Even For A Small Aquarium?

A pregnant goldfish swells with eggs but doesn’t carry them in her womb. She’s not human; she’s just an oviparous animal. This means goldfish release the eggs in the tank or water, which connect with the sperm of the male goldfish.

Goldfish start breeding as soon as they become four inches long. Male and female goldfish begin to develop physical and behavioral changes before they release their sperm or eggs. And this particular stage is known as milt.

Not many fish owners or breeders know that goldfish reproduce quickly. And this is the reason why they fail to notice the eggs before the goldfish eat them. Yes, that’s right. More often than not, goldfish tend to eat their eggs after releasing them.

So how to tell the difference between a fish that’s expecting and one that’s not? If you keep reading, you’ll soon find out!

Read moreHow To Look For A Pregnant Goldfish?

Did you know that there are as many as 100 different types of betta fish? The common characteristics among them include ray shape fins, colorful bodies, and small size. And they fall in one of the two categories; BettaSplendens and BettaPictats. The latter are mouth brooders while the former are bubble nest builders.

Pictats are the type that happened to evolve from Splendens. They are comparatively larger and less colorful. And their fins are relatively shorter than the BettaSplendens.

Now here’s something you probably don’t know. BettaSplendens are the type of betta fish available in local pet stores. More often than not, breeders play with this particular group of fish only. And this has been the scene for as long as 200 years now.

With so much breeding comes confusion, doesn’t it? What I mean to say is that since there are too many people breeding the same kind of fish, you will come across several combinations.

But the common factor remains the same. And that is colorful bodies with long, flowy fins. So how do you tell one from the other? The answer is pretty simple. You examine the tail.

Based on that, what you see below is a list of the six most common betta fish available in any pet store.

Read moreThe Most Popular And Attractive Types Of Betta Fish

Who would ever ask such a question, do goldfish have stomachs? Goldfish pet owners would, right? It is a frequently asked question, so there’s no need to feel bad about not knowing the correct answer.

Read moreDo Goldfish Have Stomachs? What You Need To Know About Them

How long do betta fish live? The answer is something that I can provide you within only a few sentences. But instead, what I’ve done here is made the most of this opportunity to tell you all about betta fish. Isn’t that the reason why you’re here anyway?

Betta fish, also known as Siamese Fighting fish, are a beautiful and attractive species. So there’s a lot to know about them. But before I delve into these important aspects, I’m going to answer that question first. So let’s get to it! 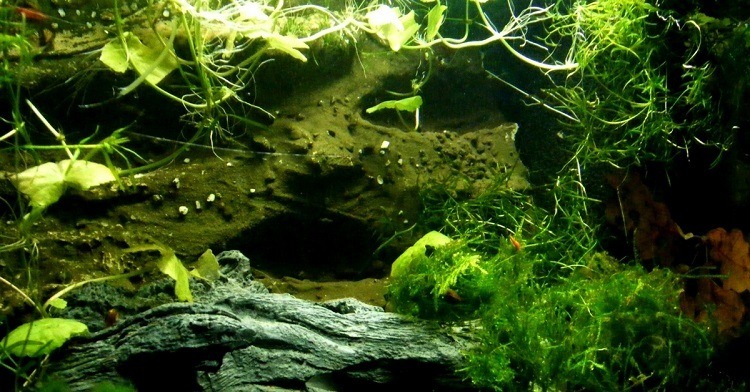 Water hardness is a part of water chemistry when it comes to aquariums and fish tanks. Not many people understand the meaning and purpose of hardness. You can measure hardness in terms of degrees. But keeping all this aside, do you know how to soften aquarium water?

Before we get into that, let me tell you a little about water hardness. It is nothing but a result of some minerals dissolved in the water. There are two types of water hardness; General Hardness and Carbonate Hardness. Let’s find out what they are!

Read moreHow To Soften Aquarium Water Without Causing Harm To The Fish?

Keeping your tank or the pond free from algae is important, isn’t it? It should be not only clean but also look attractive. And this gives rise to the most frequently asked question, do goldfish eat algae?

Adding fish to the tank or pond to get rid of algae is considered to be the best way of keeping it clean. Because what algae do is ruin the physical appearance and produce an unpleasant odor. And nobody likes to live around that now, do we? Unless you’re an algae-eating fish!

Read moreDo Goldfish Eat Algae? Everything You Need To Know