Home » Dogs » Dog Breeds » Why Is the Miniature German Shepherd So Popular?

German Shepherds are one of the most iconic and well-known dog breeds in the world. But have you ever heard about the Miniature German Shepherd?

These dogs are German Shepherd look-alikes except that they are much smaller. Their mixed heritage means that they are born with exceptional temperaments and dispositions.

Their unique characteristics and attributes are what makes them one of the most popular hybrid dog breeds.

What else should you know about these dogs?

Let’s look at a breakdown of some facts about the fascinating Miniature German Shepherd.

Collie’s are the most common dogs that are chosen for the second parent. They are used because they are smaller than German Shepherds, but the shape of their body is still very similar to that of German Shepherds. Therefore, the puppies will have an iconic look of the GSD. 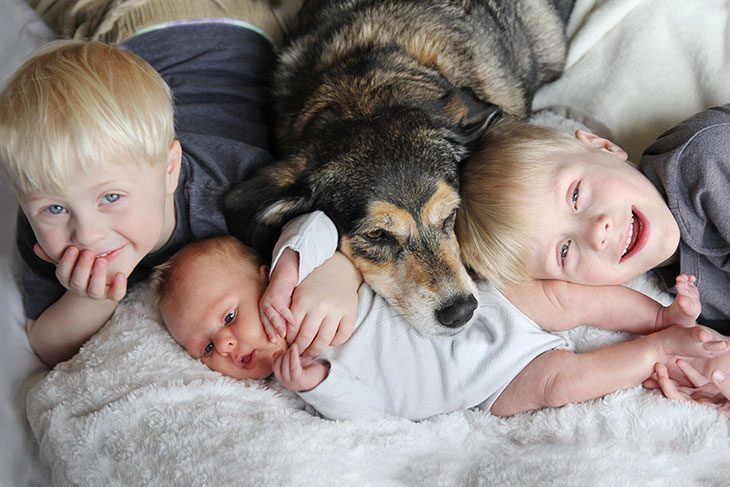 As you might guess, this means that organizations like the AKC do not accept them as a breed in their own right. So don’t fall for breeders that insist that their Miniature German Shepherds are purebred.

If they are pure German Shepherds, they probably have dwarfism which is a genetic disorder that causes skeletal defects. They will struggle with a variety of health issues.

As they aren’t a registered breed, people will probably refer to them in different ways. But Miniature German Shepherd is the most common name.

These are some of the names that people call this breed:

Breeders could also refer to them as a German Shepherd cross, mix or hybrid breed.

So, what does a miniature German Shepherd look like?

Many of these pets resemble German Shepherd puppies even when they are full grown. Although most of these dogs look like smaller German Shepherds, this isn’t always the case. Because they are actually a hybrid breed, their appearance is unpredictable, and they often have features that resemble their other parent.

Any prospective pet owner wants to know what their future pet will look like. An excellent way to figure this out is to check what they look like as a puppy and what the German Shepherd has been crossed with.

Their build is typically the same lean wolfish build like that of German Shepherds. However, if one of their parents is a dog like a Corgi, they will probably have a rounder and more stocky body. 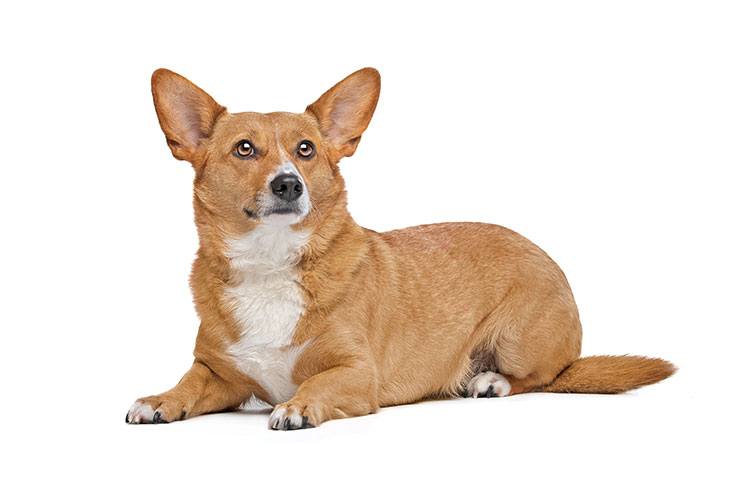 Miniature German Shepherds typically have a thick double coat and are ordinarily particolored.

The following are common coat colors in Miniature German Shepherds:

No matter what the exact color is of these dogs, I can guarantee that they will look adorable. The variety of possible appearances is one reason why people love them so much.

The average height of a German Shepherd is 22 to 26 inches and their average weight 65 to 95 pounds. You can see from this that they fall into the range of large breed dogs. 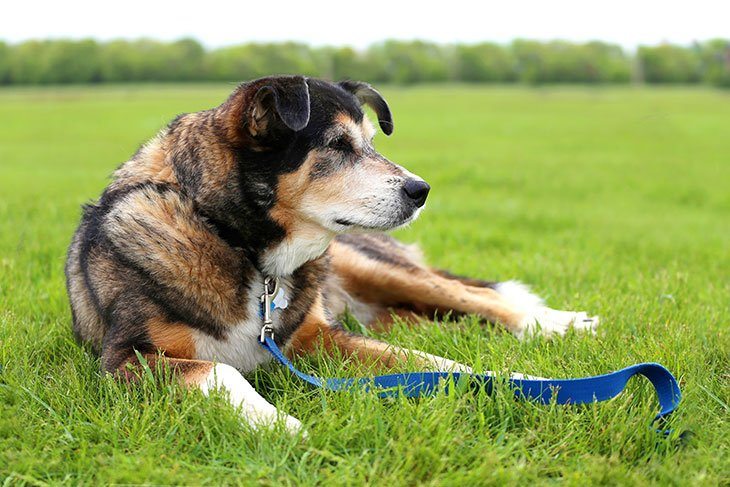 As Miniature German Shepherds has such a mixed genetic make-up, there isn’t a set size range for them. The only size requirement is that they are smaller than standard German Shepherds.

They usually fall in the range for medium breed dogs which are 25 to 50 pounds. You can see that their size is much more manageable.

The risk for inherited illnesses or health concerns is much higher if the breeder isn’t experienced and knowledgeable.

It is much easier to get it wrong when you are mixing different dog breeds. This means that one of the best ways to avoid adopting a pet that is going to develop significant health issues is by only working through a reputable breeder.

Once you know the breeds of a puppies parents, you can get a good idea of the health concerns that they are susceptible to.

Here are some health issues that Miniature German Shepherds often struggle with:

These are issues that are common in German Shepherds.

Large and medium breed dogs often have shorter lifespans than small breed dogs. The average life expectancy of German Shepherds is ten to thirteen years. The collie, which is usually one of the parents of a Miniature German Shepherd, typically live longer and are expected to become ten or seventeen years old.

Depending on your pets general health and that of their parent’s you can expect your Miniature German Shepherd to live about ten to fifteen years.

German Shepherds are considered to be one of the most intelligent dog breeds. They were bred specially to enhance their intelligence to make them easier to train.

They belong to the herding group of dogs and were often used for just this purpose. 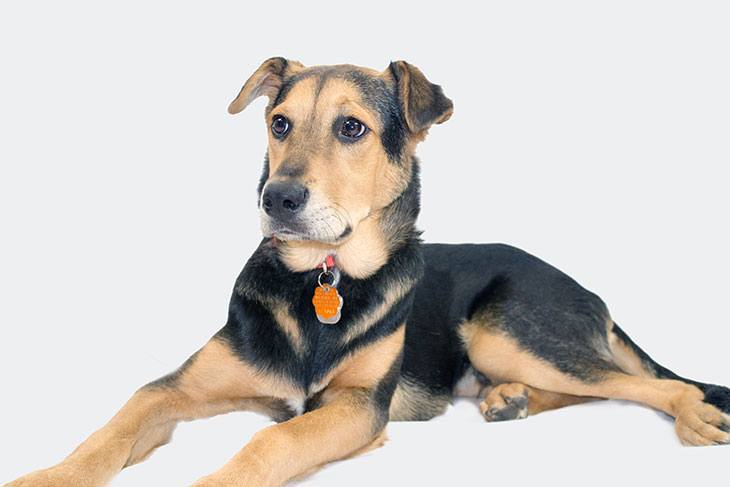 Miniature German Shepherds inherit a high degree of this. They are smart and are an excellent choice for you if you want a pet that you can train. They do well with basic obedience training as well as learning more complex demands.

Many of the breeds that are often crossed with GSD’s to produce this cute breed are also known for their acuteness like the corgi and the husky.

Before you buy a Miniature German Shepherd, you should remember that you can never be 100% sure what their temperament will be. However, certain behavioral traits are more common.

They are generally family friendly dogs that get along well with children and other pets. Just like German Shepherds, they can be extremely loyal to their family and enjoy spending time with you.

There is a reason why German Shepherds are favored for canine units in the police and the army. They are very protective of the ones they love, and their offspring usually inherit this characteristic.

Who Should Get a Miniature German Shepherd?

After finding out more about these pets, you will start to understand why they are considered to be one of the top hybrid dogs.

You can see that these dogs will be ideal for any family and situation. Their diversity sets them apart from other dog breeds and is why pet owners are smitten with them.

Here are the two main reasons why people will get a Miniature German Shepherd:

The only situation that is perhaps not ideal for bringing these dogs into is if you live in an apartment and won’t have much time or opportunity to take your dog for walks or runs.

How to Adopt a Miniature German Shepherd

If you think you are going to get along well with one of these dogs, your next step will be to find out where you will be able to get one of them.

The internet can be a beneficial resource for locating Miniature German Shepherd puppies for sale.

Unlike with purebred dogs, you will unfortunately not find a registered breeder, but this doesn’t mean that they shouldn’t supply you with information about their parentage. 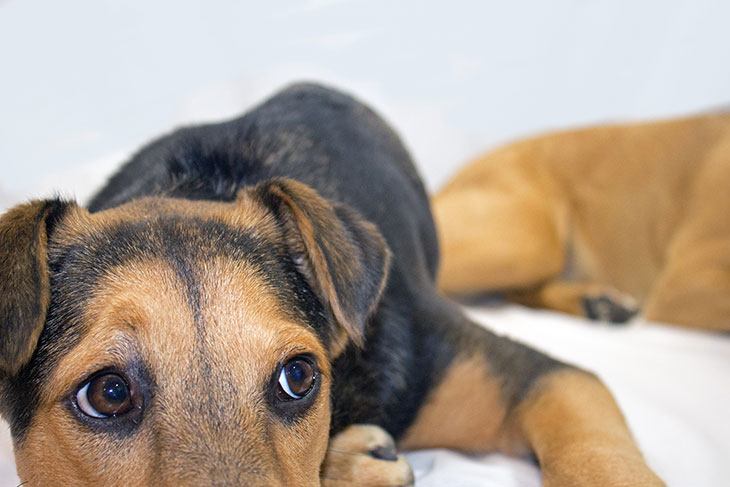 You shouldn’t adopt a puppy if the seller didn't provide you with detailed info about their heritage. Remember not to be fooled by breeders that say that their Miniature German Shepherd puppies are purebred.

Don’t forget to look around at local rescue shelters to see whether they have any Miniature German Shepherd puppies or adults that are up for adoption.

Miniature German Shepherds are sure to capture your attention. They have loads of personality and will inevitably become a beloved member of your family. These dogs respond well to training and socialization and will always be loyal to you.

Not many dogs are as family friendly as these are. It is one of the best attributes of this type of dog. Because of this, they are suitable for most homes. The fact that they are ideal for children makes all the difference.

All you need to do is to give them all the care and love that you can spare.

The following is a summary of the critical attributes of these dogs:

Overall, they are ideal for anyone who is looking for a best friend for you and your children.

If you enjoyed learning about Miniature German Shepherds, share the article with all your friends. Tell us in the comments what you think about these dogs.

1 thought on “Why Is the Miniature German Shepherd So Popular?”